Wondering how you can order a piece of custom STRING ART for your home... Click HERE!

I imagine this post will say a lot about me. :-)

In July of 2012 I was on Facebook looking at the page of Best Friends Animal Society when I came across the photos of these adorable little puppies! 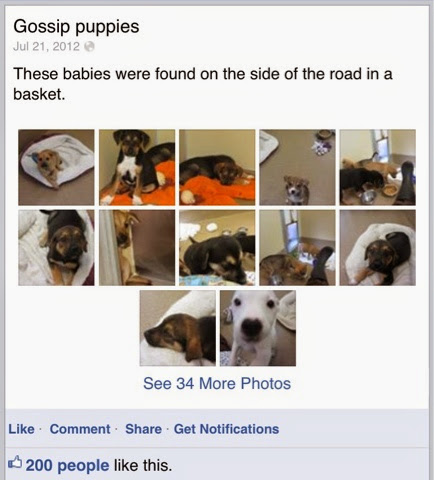 When I pulled up the photo of the sweet brown eyed, brown faced little one named Chatter, my heart melted! I remember screaming to my husband, "I found her! I found our dog!" Needless to say I was hooked. Without his permission I went and inquired about adopting her. :-P Good thing he was just as smitten with her as I was! We brought her home a couple months later. She was the sweetest little thing. We kept expecting things to change and for her to begin behaving more like a real puppy. You know... destroying everything in site, constantly biting, eating all of our shoes. It never happened! She was such an amazing dog (still is!) But, we could tell that she was lonely.

This last spring (2013) while looking at their site again (for fun, with no intention of getting a second dog) I came across a picture of another dog named Tattle. Immediately, before reading anything about her, I knew that it was Chatters sister! She had been adopted as a puppy (the same time as Chatter) but returned for reasons I am now very grateful for.Once again I was hooked. I'm a big dog lover! No judgment please. :-)

After a long trip to Kanab, Utah, Chatter and Dezi (formerly Tattle) were reunited! By the time we returned home with the two of them they were best friends! Now nearly a year later, they're inseparable! They're do everything together and love each other very much.
As tinny little puppies they along with their 6 siblings were found in a box at a rest stop in New Mexico. The start of their life was rough, but now they're happy and loved! 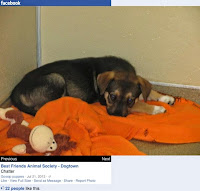 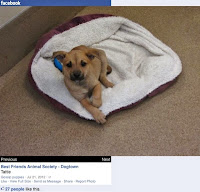 Chatter is still very laid back and reserved unless shes around people, and then she wants to jump on them and kiss them to death! Dezi who came to us with a lot of fear, has completely opened up. She still barks at anything unfamiliar and seems to have a real hate for cats (silly dog) but she will smuggle with and wag her tail for anyone she trusts.

Here is a post featuring all 8 of the puppies last year in honor of their first Birthday!


These girls are apart of my family and have helped me through a lot of stressful hard days! Here are some photos of them, happy as ever, today on their second Birthday! I didn't rescue them, they rescued me! :-)

Posted by Annelise Woodward at 5:42 PM